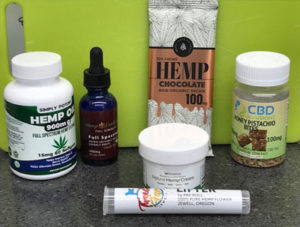 The United States 2018 Farm Bill changed the legal status of both domestic hemp cultivation and manufacturing of products that include parts or derivatives of hemp plants, including cannabidiol (CBD) derived from hemp. Moving forward, after obtaining the approval from the USDA, the individual States will assume primary regulatory authority over the hemp industry. The States need to present their plans for regulating hemp industry and otherwise be subject to USDA regulations. Unfortunately, there are several issues causing delays with release of standardized rules, the main problem being the absence of Federal delta-9 tetrahydrocannabinol (THC) testing standards. Testing for the presence of THC is necessary to distinguish hemp from marijuana.

Using Gas Chromatography would be considered a “post-carboxylation method,” but this technique doesn’t allow the analyst to obtain the actual cannabinoids profile for hemp and/or marijuana, since elevated temperature causes chemical changes to the compounds in the sample… And having information about different forms of cannabinoids present in the plant is important to growers and product manufacturers alike, since this may affect the price of the crop.

The HPLC technique is much more useful for testing cannabinoids in hemp since it is able to differentiate between the forms of cannabinoids. The HPLC method allows the analyst to determine neutral and carboxylated forms of cannabinoids separately and gives flexibility in the ways of reporting composition.  Comments from the USDA do suggest that total THC concentration, meaning THC naturally present in neutral form as well as formed from delta-9 Tetrahydrocannabinolic acid, should be taken into account when classifying Cannabis sativa as hemp. Note to analysts: when doing calculations for total THC, one should keep in mind that due to differences in molecular weight a coefficient of 0.877 should be used to convert THCA percent to THC percent.

Pickering Laboratories, Inc. has developed a simple HPLC method with post-column derivatization for the analysis of cannabinoids, including THC, THCA, CBD and CBDA. The method can be used for analysis of both hemp and marijuana. Post-column derivatization decreases matrix interferences and increases sensitivity of detection since the reagent is specific for cannabinoids. This technique eliminates the need for sample clean-up, so a simple extraction is sufficient to successfully analyze not only plant materials but also finished products containing hemp, for example edibles and supplements.

State regulations have established maximum allowed levels for Mycotoxins in Cannabis-containing products sold to consumers at the following maximum levels: levels for total Aflatoxins G1, G2, B1 and B2 are set at < 20 ppb and levels for Ochratoxin A at < 20 ppb. Pickering Laboratories developed an easy and sensitive method to analyze Aflatoxins B1, B2, G1, G2 and Ochratoxin A in cannabis plants and edible products. Mycotoxins are isolated using immunoaffinity clean-up columns and analyzed with fluorescence detection. To increase sensitivity of Aflatoxins B1 and G1, an in-line photochemical reactor is installed before the detector. This method utilizes standard HPLC equipment and allows testing laboratories to easily determine Mycotoxins at levels below the limits established by state regulations.

ANALYSIS OF AMINO ACIDS IN DIETARY INGREDIENTS AND SUPPLEMENTS

Analysis of amino acids using cation-exchange columns and Ninhydrin post-column reagent is well-establish methodology that is recommended by the European Pharmacopeia. Pickering Laboratories developed and validated a post-column method for amino acids analysis of dietary supplements that is sensitive, selective and can be used without modifications to analyze capsules, tablets, drinks and other samples. Accelerated methods are available for samples with a limited number of amino acids. 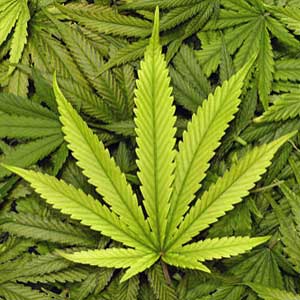 Broader acceptance of medical cannabis use increases the need for analytical methods capable of determining the active compounds of cannabis as well as for methods to detect contaminations, such as pesticide residues, mycotoxins and traces of organic solvents. Cannabinoids are a class of terpenophenolic compounds that are associated with the pharmacological activity of cannabis. Cannabinoids exist in the plant mainly as carboxylic acids that are not physiologically active. They are converted to neutral analogs by light and heat while in storage or during the preparation of edible products. Acids are also converted to neutral analogs during GC analysis, which often causes differences in results when comparing with HPLC methods.

We developed a new post-column derivatization method to analyze cannabinoids in cannabis plants as well as in cannabis-containing edible products. This post-column method is based on reaction with Fast Blue Salt reagent under basic conditions, a well-known color-forming reaction that is used in drug tests to detect cannabinoids via test-tube methods and thin-layer chromatography. Detection at 475 nm is performed using a UV/Vis detector.

Our method implements a simple extraction with acidified water/acetonitrile followed by QuEChERS sample clean-up. The same procedure is applicable to both plant materials and edible products containing cannabis. The method is suitable for analysis of the major neutral cannabinoids such as THC, CBD, CBN and CBG as well cannabinoid acids THCA-A and CBDA with high sensitivity and selectivity of detection.