For several years now, Pickering Laboratories has continued to expand our line of Product Testing Solutions to include new synthetic body fluids or environmental solutions. We offer a variety of formulations of artificial perspiration, sebum and saliva for testing fabrics, plastics, dental alloys, medical devices, wearables and other electronics and many different consumer products. 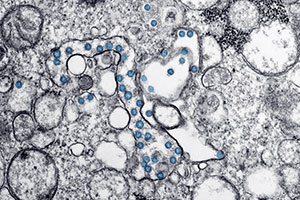 The challenges that Covid-19 pandemic presents for the pharmaceutical and health care industry are staggering, and they impact manufacturers of medical devices and personal protective equipment as well. This brings into focus the need for artificial bodily fluids that can be used for both ongoing testing and tackling the new developments introduced by the Coronavirus crisis.

Currently, Pickering Laboratories offers Artificial Lung Fluid called Gamble’s solution, which is used to simulate different interstitial conditions in the lung. Several artificial lung fluid formulations are described in literature and we would be happy to discuss customers’ particular testing needs and help you choose the correct solution for your specific application. As established manufacturers of medical devices are now joined by companies newly entering the health care space, we are proud to do our part in ensuring that medical equipment, such as ventilators, get properly tested.

Masks are especially challenging to sterilized since they get saturated with sweat and oil during use. They are also normally disposable items, not intended to undergo cleaning procedures. Pickering’s artificial perspiration and sebum can simulate the real-world conditions most PPE are exposed to and can be used to help develop ways to safely extend their use.

Pickering’s staff is dedicated to working hard to support our customers, new and returning. We are recommitting to our promise of providing quality reagents and solutions quickly to support essential businesses and supporting manufacturers.

We are accommodating custom formulation requests with accelerated response times. Our Technical Support Chemists are ready to answer any questions you may have. Our Research Chemists are working side-by-side with our production team to rapidly meet demand on new custom projects.

Please reach out if you would like additional information: support@pickeringlabs.com

Seen here posing with our new Artificial Perspiration carboys![/caption]Pickering Laboratories has again increased our Product Testing Solutions offerings to provide even more options and savings to our customers!  As our products continue to gain in popularity, we are increasingly getting requests for larger volume bottles and bulk purchases.

Larger sized bottles are now available of our new Artificial Sebum, giving customers the choice to purchase as 25 grams or 200 grams per bottle.  The new 200g bottles, part number 1700-0702, will provide significant savings over purchasing large amounts of Artificial Sebum in the smaller bottles (part number 1700-0700).  This product is available off the shelf, as inventory permits.

It is with much excitement that we now offer the ability to order stabilized AATCC Test Method 15 Artificial Perspiration in even larger volumes!  By purchasing one of our new 19.8L carboys, our customers can save significantly on their large volume purchases.  Carboys of AATCC Test Method 15 stabilized sweat, part number 1700-0555, are available now as a made-to-order product.

Also feel free to visit our webpage at www.pickeringtestsolutions.com for more information.  Thanks!

Glyphosate, the active ingredient in Roundup, is the most widely used herbicide in the world. In the US, the Environmental Protection Agency (EPA) regulates Glyphosate and sets residue limits for different crops as well as drinking water.  Recent research, however, has raised concerns about Glyphosate safety and its prevalence in the environment.  The International Agency for Research on Cancer (IARC) rated Glyphosate as “probably carcinogenic to humans” and several studies, including one conducted by Germany’s Federal Environment Agency (UBA), have indicated a massive increase in the number of human urine samples contaminated with Glyphosate over the last 15 years.

The increased use of Glyphosate has been studied as well. According to Bill Freese, a science policy analyst with the Center for Food Safety, 50 times more Glyphosate is allowed on corn grain now than was allowed in 1996.  The US-EPA has also increased what it considers to be a safe amount of Glyphosate exposure by a factor of 17.  The EPA's high-end estimate of infant exposure to Glyphosate exceeds the level considered safe for them in 1983, Freese adds. 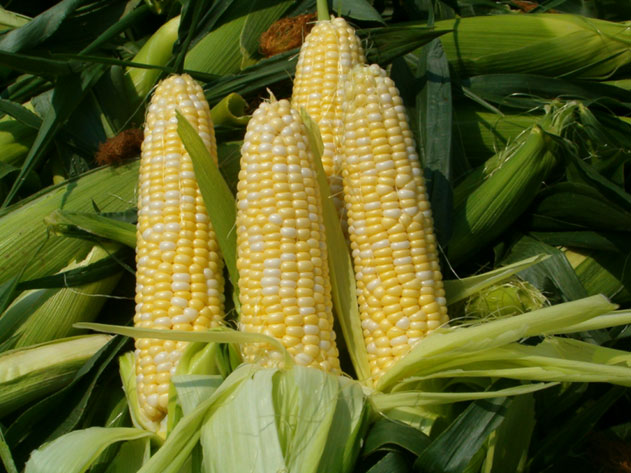 As the scrutiny of Glyphosate grows in the United States, a U.S. Government Accountability Office report has criticized the Food and Drug Administration (FDA) for not sufficiently monitoring residues of the chemical on foods. This February, the FDA announced testing of Glyphosate in foods including soybeans, corn, milk, and eggs. Meanwhile, consumer groups, academics and testing laboratories have claimed to have detected Glyphosate in breast milk, honey, cereal, wheat flour, soy sauce, and infant formula as well.

The herbicide registration renewal of Glyphosate in the European Union was questioned due to mounting evidence of chronic human exposure and insufficient safety data, especially in children, and a suspected link to cancer.  As of now, the decision on relicensing has been postponed.  Several EU members, such as France, Sweden, Netherlands and Italy, have indicated opposition to renewal of the 15-year license.

Pickering Laboratories has over 30 years’ experience manufacturing and selling instruments and reagents for Glyphosate analysis in accordance to the US-EPA Method 547 for Glyphosate Analysis in Drinking Water as well as the AOAC Method 991.08 for Glyphosate Analysis in Environmental Waters. These HPLC methods are based on post-column derivatization technology with florescence detection.  The AOAC Official Method 2002.52 for Analysis of Glyphosate in Crops describes easy clean-up procedures that are successfully combined with Pickering Laboratories’ post-column derivatization for analysis of Glyphosate in crops such as soy, corn, alfalfa, and sunflower seeds as well as vegetables such as tomatoes and broccoli. The analytical method is sensitive and selective, and it can be easily implemented in any laboratory. For further details visit our webpage at: www.pickeringlabs.com

We use cookies on our website to give you the most relevant experience by remembering your preferences and repeat visits. By clicking “Accept”, you consent to the use of ALL the cookies.
Do not sell my personal information.Please note that you can always revisit and manage your cookie consent by clicking on a link found on our Privacy Policy page.
Cookie Settings Accept
Manage consent

This website uses cookies to improve your experience while you navigate through the website. Out of these, the cookies that are categorized as necessary are stored on your browser as they are essential for the working of basic functionalities of the website. We also use third-party cookies that help us analyze and understand how you use this website. These cookies will be stored in your browser only with your consent. You also have the option to opt-out of these cookies. But opting out of some of these cookies may affect your browsing experience.
Necessary Always Enabled
Necessary cookies are absolutely essential for the website to function properly. These cookies ensure basic functionalities and security features of the website, anonymously.
Functional
Functional cookies help to perform certain functionalities like sharing the content of the website on social media platforms, collect feedbacks, and other third-party features.
Performance
Performance cookies are used to understand and analyze the key performance indexes of the website which helps in delivering a better user experience for the visitors.
Analytics
Analytical cookies are used to understand how visitors interact with the website. These cookies help provide information on metrics the number of visitors, bounce rate, traffic source, etc.
Advertisement
Advertisement cookies are used to provide visitors with relevant ads and marketing campaigns. These cookies track visitors across websites and collect information to provide customized ads.
Others
Other uncategorized cookies are those that are being analyzed and have not been classified into a category as yet.
Save & Accept
Powered by