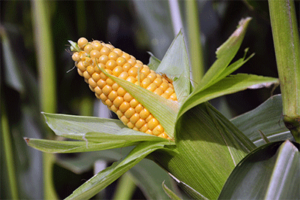 Events surrounding Glyphosate testing in foods continue to evolve with the latest stories “France banning Glyphosate sales in consumer nurseries” and “California requiring labeling Glyphosate as a carcinogen.” We also want to discuss the EU- wide petition to ban Glyphosate.

After an arm of the U.N.’s World Health Organization (WHO) identified the main ingredient in Monsanto’s popular weed killer Roundup as “probably carcinogenic to humans,” France has taken a step to limit sales of the herbicide. http://www.newsweek.com/france-bans-sale-monsantos-roundup-garden-centers-after-un-names-it-probable-343311

A judge tentatively ruled that California can require Monsanto to label its popular weed-killer Roundup as a possible cancer threat despite an insistence from the chemical giant that it poses no risk to people. https://phys.org/news/2017-01-california-monsanto-popular-weed-killer.html#jCp

The European commission says it has received a European Citizens’ Initiative (ECI) – essentially a petition put together by EU citizens – proposing a ban on the controversial pesticide Glyphosate. The proposal is being supported by a number of environmental groups, and according to the rules ECIs need to be submitted by a committee which includes representatives from at least seven EU member states. The initiative calls on the commission ‘to propose to member states a ban on Glyphosate, to reform the pesticide approval procedure, and to set EU-wide mandatory reduction targets for pesticide use’. Several environmental organizations, including Greenpeace and the Pesticide Action Network, have already voiced their support. https://www.chemistryworld.com/news/appeal-to-european-commission-to-ban-glyphosate-gets-go-ahead/2500267.article

Here are links to our earlier posts, if you’d like to catch up on the backstory:

FDA halted the testing of Glyphosate in food products. No time given for resumption of the testing.

The EPA was to hold public meetings Oct. 18-21, 2016 on the safety of Glyphosate. These meetings were postponed over industry objections to the panel members.

The EPA global risk assessment of Glyphosate has been removed from the website. Already two years late, the best estimate now for publication is April 2017 said an EPA spokesperson.