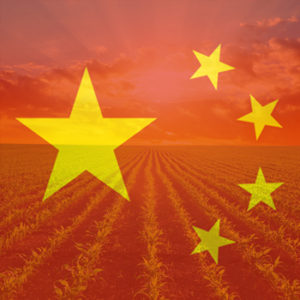 Pickering Laboratories continues keeping an eye on Glyphosate situation around the globe. It has been announced that China is set to introduce Maximum Residue Limits for all imported final foods and raw material at 200 ppb or lower of Glyphosate by the end of 2019. These requirements would include all the grains, soybeans and other legumes. Right now China has no Maximum Residue Limits for Glyphosate so setting such low limits is bound to change the way countries importing food to China use this herbicide.

All the foods that will be affected by the new regulations could be analyzed for Glyphosate using Pickering Laboratories Post-column Derivatization Method.

The highest level of contamination is found in crops such as oats and barley that are treated with Glyphosate right before harvest to desiccate the plants. Many countries, including the US, established high Residue Limits for Glyphosate in such crops. For example, US limits for Glyphosate in barley is 30 ppm and in oats is 20 ppm. Introducing limits at 200 ppb would most likely cause a decrease the use of Glyphosate as a desiccant and should increase testing. In fact, Australia, one of the biggest importers of food to China is considering banning the use of Glyphosate as a desiccant.

Interestingly, the decrease in Glyphosate use will be affecting China’s chemical production industry since currently China is the largest producer of Glyphosate and exports more than 60% of this chemical. But we certainly hope that tighter limits and increased testing for Glyphosate is be adopted by other countries as well for sake of everybody’s health as well as the health of Pickering business.