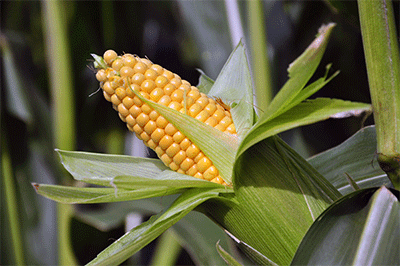 Back in May, we reported on new developments in food testing and the beginning of FDA (Food and Drug Administration) participation in testing for Glyphosate residues in food.  This new FDA directive was in line with growing international concern over the safety of Glyphosate, and increased domestic pressure from consumer groups, academics and testing laboratories.  Pickering Laboratories has been excited to assist our Glyphosate-testing environmental customers with learning the new food matrices, and our food testing customers with learning a new Glyphosate application.

During the September 2016 AOAC International meeting in Dallas, Pickering Laboratories presented an improved post-column method for Glyphosate analysis in foods with simplified sample preparation procedure. This method was successfully applied to Glyphosate analysis in oats, wheat flour, eggs, milk, soybeans, corn and beer. The method is capable of analyzing Glyphosate at levels well below legal limits with high precision and accuracy. Our poster generated a lot of interest among AOAC meeting attendees. We received inquiries from laboratories doing pesticides testing as well as other attendees who, despite not being involved in Glyphosate analysis, expressed concerns at the indications of presence of Glyphosate in common foods, especially cereals. A copy of our application note can be found on our webpage.

Legal tolerances for Glyphosate vary widely from country to country. For example, the limits for oatmeal range from 0.1 ppm in Australia to 15-20 ppm in Canada, Europe and United States. In May 2016, Taiwan recalled close to 62,000 kg of Quakers Oats products due to Glyphosate contamination with up to 1.8 ppm present. Other reports also indicate that Glyphosate contamination of oat-containing and wheat-containing cereals is commonly found at levels close to and above 1 ppm. These findings are not surprising considering prevalence of Glyphosate use as a pre-harvest desiccant for many crops (including oats and wheat). Though 1-2 ppm levels of Glyphosate are well below the legal tolerances within the United States, the amount of cereals commonly consumed by people, including young children, range from 50-100 grams per day. Those quantities easily bring a person’s daily exposure to Glyphosate to almost 0.2 mg, and that is just from breakfast.

In light of mounting evidence of the pervasive presence of low levels of Glyphosate in a wide variety of common foods, we find it unfortunate that the FDA reportedly has halted the testing of Glyphosate in food products, citing the need to develop consistent methods amongst the different FDA laboratories. On the other hand, the European Food Safety Authority (EFSA) reported proposing to extend their pesticide residue monitoring program, with special attention to Glyphosate monitoring, including mandatory analysis of Glyphosate in crops such as soy beans, rapeseeds (Canola) and barley. We certainly hope the FDA would follow suit and Glyphosate food testing will soon resume. We believe Pickering Laboratories’ method would be a perfect candidate for the Glyphosate monitoring program.