As most of you know, Pickering Labs is a small company.  We all work on a single shift, so pretty much everyone is in the lunch room at the same time each day.  That makes for a wide range of conversational topics daily, which are often influenced by the San Jose Mercury newspaper on the table or the contents of the local news the evening before.

When Utah passed their “Free-Range Parenting” law, it made national news back in March.  It also made conversation in the Pickering breakroom!  We discussed the definition provided for free-range parenting and concluded that here at Pickering we needed more options for defining parenting styles.  Enter the new supplemental phrases: cage-free parenting and pasture-raised parenting!  Taken from the Humane Farm Animal Care Standards, we decided that a cage-free child was the most closely supervised, followed by a free-range child (allowed some autonomy) and finally a pasture-raised child, which was given the most license to roam.  It’s interesting that although most of us considered ourselves to have been pasture-raised in our childhoods, many of the staff employed a more cage-free or free-range style when raising their own children. 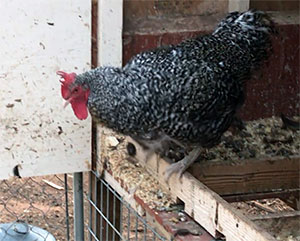 As Saji, Anita and Gabriela discussed the pros and cons of degrees of parental supervision (while giving David plenty of advice for raising his 15-month old daughter), I wondered what impact the ‘parenting’ differences had on the hens and their eggs…  It was lunchtime after all!

It appears that pasture-raised eggs might have health benefits over commercially-raised eggs, including increased omega-3 fatty acids, vitamin E, vitamin A, and beta carotene.  They also have reduced cholesterol and saturated fats, both of which the American Heart Association recommends reducing in your diet to lower your risk of heart disease and stroke.  The differences in the eggs come from the chickens’ diet: pasture-raised hens eat grass and bugs in addition to the grain feed given to commercially-raised hens.

So, while we’re talking about the chickens’ diet and lifestyle, what else can contribute to the health and wellbeing of these hens?  After additional research, I discovered that poultry farming comes with its own bill of rights!  Called the Five Freedoms for Poultry, chickens are raised humanely when their basic needs are met (food, water, safety) but they are also given the freedom to express their natural behaviors and they have rapid access to diagnosis and treatment of injury or disease.

Now I’m onto something!  But does a happier chicken make a tastier egg, or just a healthier one?  It’s hard to find scientific studies on taste, although you can find loads of data on the differences in composition of meats raised in different ways.  Composition impacts how healthy the egg is, but when it comes to its actual taste, apparently the mindset of the person tasting and the color of the egg might have more bearing on perceived taste than anything else, including whether the hen was pasture-raised or conventionally-raised. 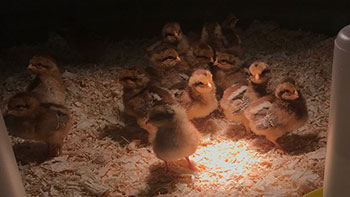 Even if taste isn’t a factor, purchasing healthier eggs and meat coming from happier hens can still be a worthwhile grocery shopping practice!  Top concerns include the environmental and human health effects of antibiotics use in the production of food, a topic that has gained steam in consumer awareness in more recent years and has been studied for several decades internationally.  As the public increases its attention on antibiotics use and antimicrobial resistance, farmers are beginning to make changes to the manner in which antibiotics are used in livestock farming.  And for good reason, as their livelihood could face increased pressure from the eventual market introduction of synthetic or lab-grown meats!

In response to consumer concerns regarding food production, moving away from antibiotics use became a top priority for Perdue Foods, one of the biggest poultry producers in the United States.  Perdue began the process of raising poultry without antibiotics fifteen years ago, and they have hit a major milestone with 100% of the birds they produced in 2017 raised “No Antibiotics Ever,” meaning that from hatchery through slaughter, the birds are never treated with any antibiotics during their lifetime.  If the use of antibiotics become medically necessary for a bird, the animal is treated as needed but removed from Perdue Foods branded production.  All human and animal antibiotics have been removed from the feed and hatchery, and animals are raised in a way that does not require antibiotics for disease prevention.

In fact, remember the Five Freedoms of Poultry?  Perdue continues to improve their implementation of the Animal Care Initiative, adding windows and enrichments to encourage bird activity.  Says Mike Leventini, manager of live production activities at Perdue Foods: “We believe an active chicken is a healthy chicken, it simply goes hand in hand.”  An impressive philosophy to implement for a company that processes 13 million birds per week from over 2,100 farms around the United States!

Most recently, our R&D team released a fast and sensitive method for the analysis of fumonisins in grains and feeds, which is particularly of interest due to the health problems caused in horses and swine.  You might remember our contaminated feed concerns from a previous newsletter article which discussed the risks of mycotoxins to livestock.